This week, Animal Cruelty/Human Violence Awareness Week is about bringing more to light the connection between animal abuse and domestic violence. Pets in abusive situations often experience violence similarly to people. It is far more prevalent than most of us want to believe and understanding the correlation and what you can do is the first step!

Why is this so important to me?

I volunteered and worked with a local agency for years for a local domestic violence shelter. One of the most heartbreaking things to see is families fleeing their home but having to leave  their animals behind. Additionally in a lot of severe domestic violence cases the partner who is threatening will hurt their significant other or children’s pet as a form of abuse. Animal abuse can also be one of the first signs of escalating domestic violence.

The statistics about animal cruelty and domestic violence

Domestic violence is a weapon used to inflict pain and exert control with spouses and children. In a large majority of households where domestic violence exists, pets are also harmed to psychologically control victims. The National Coalition Against Domestic Violence reports that, “52% of victims in shelters leave their pets with their 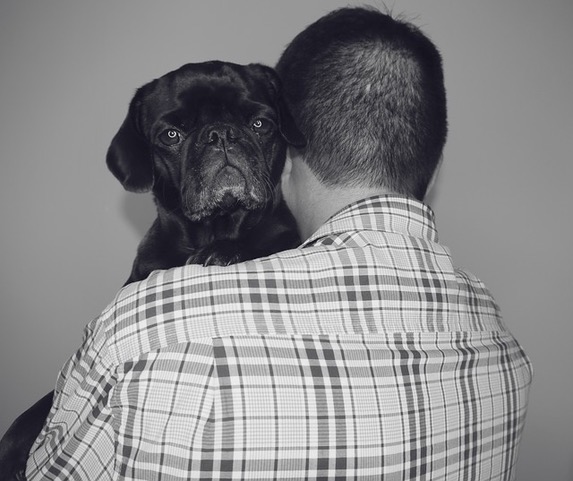 Research shows that offenders of domestic violence often have a pattern of abuse involving all members of the household (including children and pets). When survivors of domestic violence seek to escape their abusive homes they’re not only faced with the challenge of finding shelter for themselves and their children, but also for their pets.

Unfortunately, many shelters do not have the option to house companion animals and many are left facing the difficult decision to either leave their pets behind or remain in the abusive environment. Sadly, many of them stay in abusive homes for fear their animals will continue to be abused if left behind.

So what can you do?

While most domestic violence shelters do not provide on-site shelter for animals, programs exist that help connect pet owners with resources.

This information from the National Coalition Against Domestic Abuse in regards to pets and domestic violence has an amazing amount of information and resources available.

At BARF World® Where Pets Are Family we want to keep all your beloved pets safe and also our pet parents safe, too!

Are You Dreaming of A Pet Friendly Backyard?

Allergies? No Problem - Why Switch Your Dog to Raw