We recently had a scare with one of our own Brand Ambassadors. Sonic is almost a year old and loves being active and outdoors with his mom.

We recently had a scare with one of our own Brand Ambassadors. Sonic is almost a year old and loves being active and outdoors with his mom. He loves going to the park and socializing with other dogs. After a long weekend of playing out in the yard near the chicken and rabbit coop Sonic was not acting like his normal spunky self. 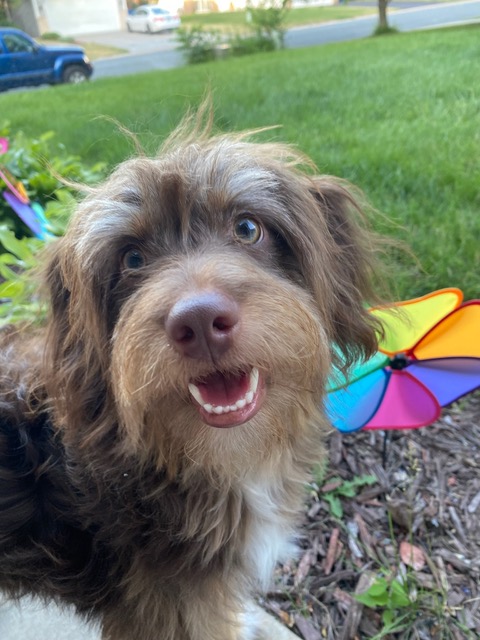 Sonic’s mama just knew something wasn’t right. He was beginning to scratch his right hind leg more than usual. As a BARF® fed pup we all know that this is not normal. After his mama Katie began to come through his fur and search him for ticks and fleas she found what appeared to be a laceration or hole in his skin. This was alarming because it resembled a puncture wound.

Katie quickly called the vet and scheduled an appointment for Sonic to be seen right away. The wound was flushed and the vet discovered a larva called cuterebra that had been under the skin. A cuterebra is a type of botfly and the larvae can embed itself in your pet’s skin, eyes, upper respiratory tract, or central nervous system. Botflies are typically found around rodents and rabbits which is where Sonic had spent some of his playful weekend.

With proper care and antibiotics the larva was removed and Sonic was treated before an infection took place. As a pet parent we know our pets and when something is off or seems wrong. Don’t doubt yourself or ever question your instincts. It’s better to be safe than sorry and in Sonic’s case, his mama’s intention saved his life!

Starting A Puppy On A Raw Meat Diet