Living with a Blind Dog

In honor of International Blind Dog Day on August 24th, I can’t help but think about our little senior Mascot, Berkeley the Shih Tzu. He was rescued at 6 years old from a local Puppy Mill Rescue, “Underdog Rescue MN”.

Living with a Blind Dog

In honor of International Blind Dog Day on August 24th, I can’t help but think about our little senior Mascot, Berkeley the Shih Tzu. He was rescued at 6 years old from a local Puppy Mill Rescue, “Underdog Rescue MN”.

Berkeley was rescued with pre-existing conditions such as dental disease and digestive upset from being fed-kibble all his life. Although he had these health conditions when we rescued Berk, his eyes seemed to be completely healthy. It wasn’t until less than a year later that his left eye developed a melting ulcer.

According to Blue Pearl Vet, “Complicated corneal ulcers begin as a simple corneal ulcer. Once the protective epithelial layer is gone, the ulcer may become infected with bacteria. The bacteria produce degrading enzymes that break down the cornea. This condition is called a melting ulcer due the rapid destruction of the cornea. These ulcers can rapidly progress deep into the corneal stroma and may extend down to Descemet’s membrane, termed a descemetocele and may even cause corneal perforation.”

At this moment I was afraid and unsure what the vet was going to suggest. I was confident that Berkeley would lose his eye because of how old he was and how bad it looked. However, with the advice from our partner Veterinarian Dr. Ormston, I left the conventional vet, declining their suggestions to remove his eye. With the holistic anti-bacterial drops that were recommended by Dr. Ormston, Berkeley’s eye began to clear up and healed in about 7 days.

About a year ago, Berk had an accident with another dog and lost his “good eye”. Poor guy has had his share of health conditions and has managed to be a happy and energetic 11 year old dog. It has taken a lot of adjusting 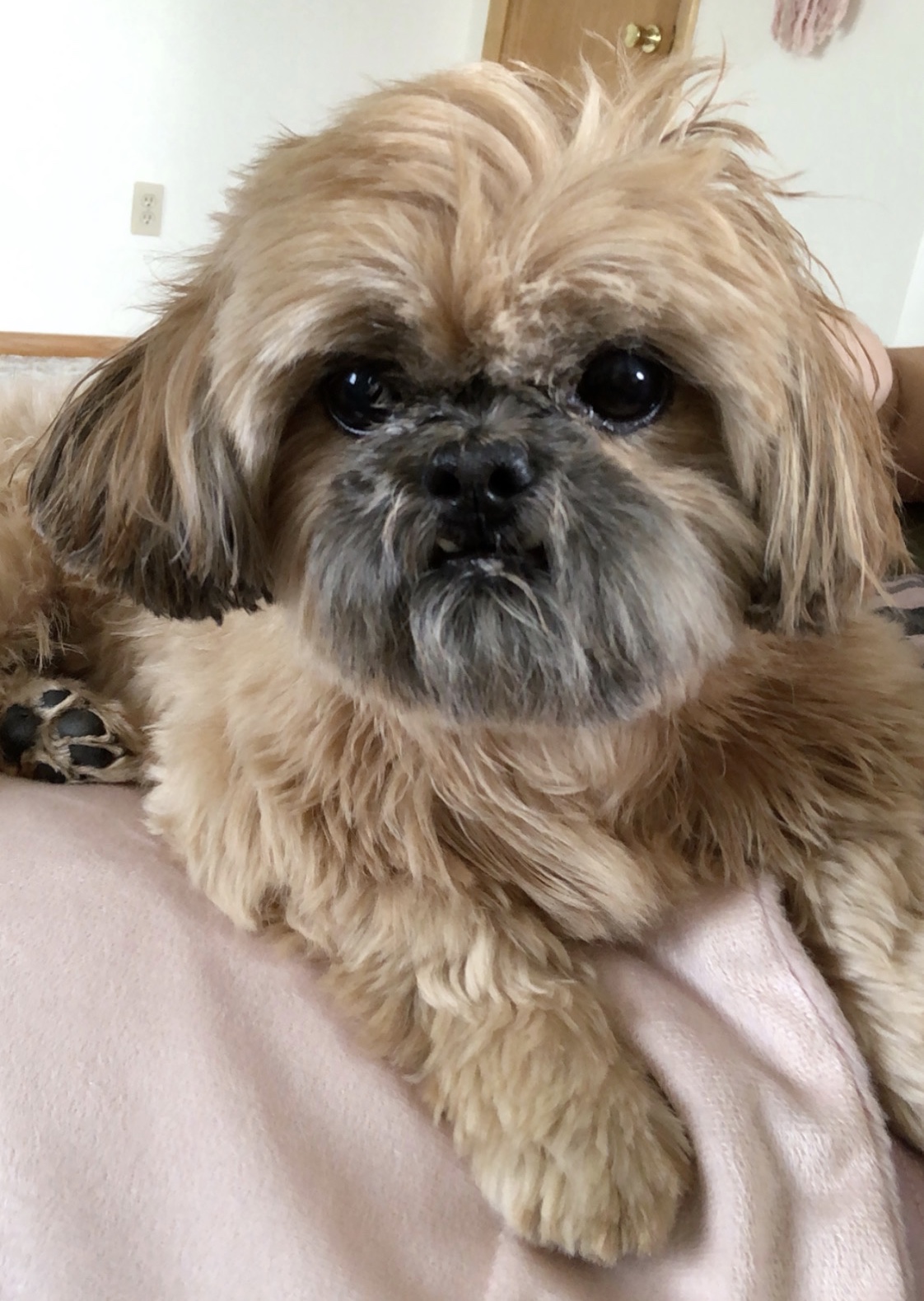 for our family to learn how to care for Berkeley. He can no longer go up and down the stairs and is very cautious of his surroundings. He has learned to rely on his other senses, such as hearing and smell. His little nose works hard to sniff out his bowl for meal time or when we play hide and seek with his favorite Freeze-Dried BARF® Nuggets. As soon as Berk hears the crinkling of the BARF® Patty bag, he prances over as fast as he can so he doesn’t miss meal time!

I can definitely say that because of  the BARF Diet® and it’s healing power is the reason Berk has come this far.   When most people meet Berk, they will say that he sure doesn’t look like a senior dog!

We would love to see photos of your blind pups! Send them to ilovebarf@barfworld.com for a feature on our social media platforms.