What Your Dog Needs To Know About Wheat

Did you know that grains are actually among the first “processed foods” in the human diet? They didn’t become a dietary staple until the agricultural revolution began in the mid-19th century.

DR. RUBMAN ON THE HIDDEN DANGERS OF WHEAT

Did you know that grains are actually among the first “processed foods” in the human diet? They didn’t become a dietary staple until the agricultural revolution began in the mid-19th century. Unlike meat, seafood, fruits and vegetables, grains aren’t typically eaten in their natural state.  Rather, they’re first milled (processed) to help make them more digestible. “Even with processing, many grains often present difficulties”, says Daily Health News contributing editor Andrew Rubman, ND. He goes on to add that, “wheat, of all the grains, is actually one of the most challenging foods in our modern diet. It often is the culprit behind an array of digestive, allergic and autoimmune problems”.

When experts discuss digestive problems associated with wheat, it is usually within the context of celiac disease (a serious autoimmune disease in which people cannot tolerate gluten, a protein in wheat, rye and barley). In truth, many (maybe even most) people have trouble digesting wheat. “This is because gluten damages the tissue that lines the digestive tract of nearly all mammals,” Dr. Rubman explains.

WHAT MAKES WHEAT TOUGH TO SWALLOW

The mucosal walls of a healthy digestive tract are lined with tiny fingerlike protrusions called villi, which facilitate the absorption of nutrients from food, explains Dr. Rubman. Gluten causes degenerative changes in the villi, impairing their function. Once damaged, the villi are less able to absorb nutrients from food, which leads to assorted problems, including fatigue, abdominal bloating and water retention. This slows the metabolism, causing sluggish digestion and accumulation of waste. Over time, this can lead to what Dr. Rubman calls “leaky gut syndrome”, in which intestinal walls deteriorate and become more permeable, allowing waste, toxins, bacteria and partially digested food particles to escape into circulation and cause inflammatory damage elsewhere in the body. 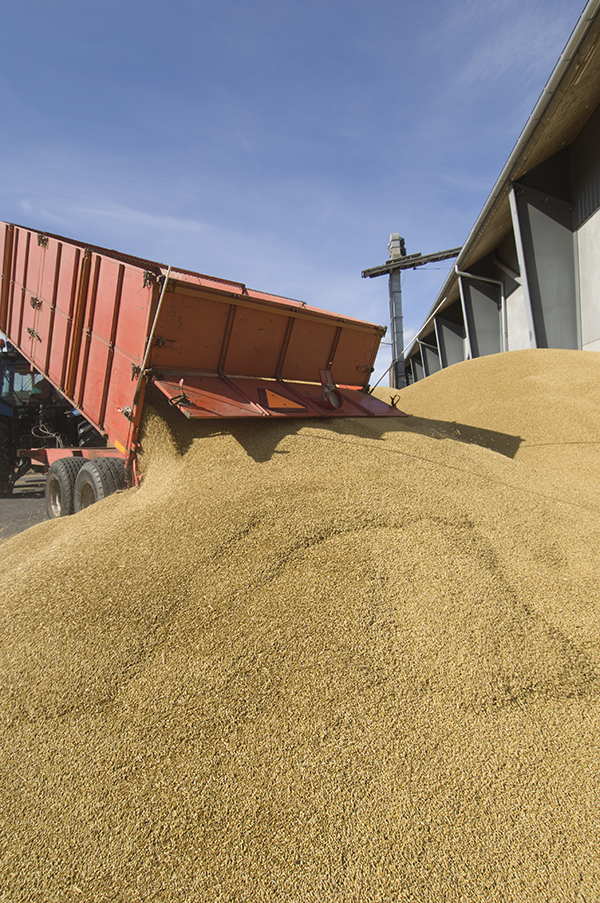 If you are having digestive difficulties, especially IBS and abdominal bloating, wheat may be the cause. Dr. Rubman suggests that a good way to find out whether this is so is to completely eliminate wheat from your diet for two weeks. You may find yourself craving wheat and you may also notice an increase in digestive disturbances in the first few days, both of which will slowly subside and eventually vanish. After two weeks, try a single serving; a small bowl of pasta, a sandwich on whole-wheat bread or some cereal, and monitor how your body responds over the next 24 hours. Pay particular attention to such symptoms as:

This self-test will give you information about how your body tolerates gluten. Trial and error can identify how often you can consume it without ill effects. Dr. Rubman says that this provides better information even than the conventional blood and saliva tests your doctor would order. Such tests are often unable to demonstrate early onset wheat intolerance, and are more useful at diagnosing celiac disease once it has advanced to the point where your body has developed certain antibodies, at which point you should quit eating wheat altogether.

Most people would feel better if they ate less wheat.  If you don’t have celiac disease or are otherwise intolerant of wheat, Dr. Rubman says it is fine to enjoy it in moderation. He advises against eating it daily, recommending instead that you work with your body’s natural digestive cycle. It takes about 72 hours for the lining of an average person’s intestine to turn over, exposing a new layer of healthy mucosa and a new set of healthy villi, which are ready to deal with a new onslaught of gluten. This means that you can safely consume grains every three days, more or less, depending on your individual susceptibilities and how healthy the rest of your diet is. Noting that he lives in an area renowned for its Italian culinary influences and restaurants, Dr. Rubman told me that he personally enjoys pasta as his grain-based food of choice, eating it an average of twice a week.

I thought that there might be a similar connection of the wheat gluten cautions when applied to dogs. The continuous daily ingestion of wheat gluten from grain based kibble diets could surely be the cause of a lot of digestive and allergic health conditions. Could this be one of the reasons why a meat-based diet has such a reversing effect on serious digestive and allergic reactions? I think there is enough documented evidence to substantiate this position. Bottom line advice - eliminate the wheat gluten from your dog diet. Another reason to switch to a raw meat based diet.